Hook and Ladder is the name used sometimes to describe remove the guard tactics that draw off a defender by checking on the back rank. I have lost two somewhat painful tournament games to this tactic in the past, once in high school against sometimes blog reader Matthew Waller.

White to move and win 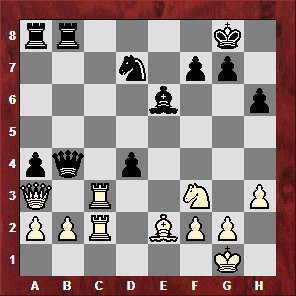 I don't often get to use this tactic myself, so it was nice that after blundering a piece in a recent blitz game my opponent was kind enough to grab my pawn on b6, leading to the position below. 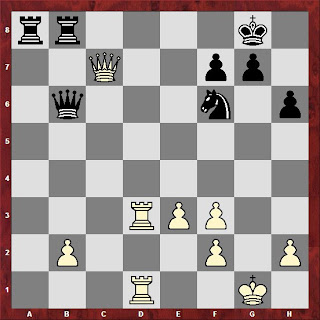 Rd8+ wins either a queen for a rook, or just a rook. My opponent chose Kh7 and lost material after Qxb6 Rxb6 and Rxa8.

Despite my refusal to learn it in the past, this is a good tactic to know.
Posted by Jeremy at 5:07 AM