A Day at the Races

The race to contend in the next World Championship match took an unexpected turn today. The two players within striking distance of Magnus Carlsen, Vladimir Kramnik and Levon Aronian, played each other in a virtual must win-situation. In a complicated struggle Kramnik got a great position against Aronian for the second time in the tournament. Once again, Aronian defended brilliantly and appeared about to draw when he tripped up in an ending with four pawns against a bishop and pawn.

As he watched his lead over Kramnik slip away, Carlsen drifted into a difficult position, defended below his usual amazing standard and lost to Ivanchuk. This is Carlsen's first loss in a long time and the first loss ever by a player rated over 28. I'm sure that theoreticians will be debating this endgame for a while, but from a teaching standpoint I find the relatively simple conversion of the final two extra pawns to be clear and great. Here are the final few moves with my comments. I couldn't get the game viewer to work properly, so the format's a bit different than usual. 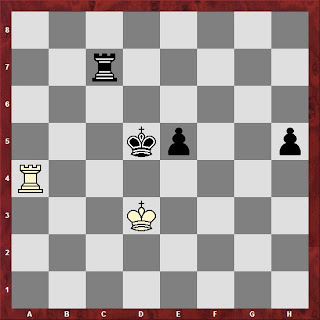