The following position came at the end of one of my typically messy blitz games. White's winning tactic is a good one to familiarize yourself with. 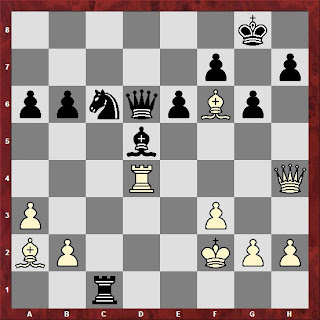 One of the most famous games to feature this tactic was played by a young Botvinik, many years before he became world champion. He won, but could have done so more easily. If white had played Bf1, black's attack would not have succeeded. However, black could have improved earlier and won with the same tactic as in the game.